The purpose of Sigmoid Sports is to create positive and effective relationships with clients who value our services and offerings. We want to create a vehicle built around our passion for adding value to the performance of our clients, both on and off their respective playing fields – we love sport and we love helping people reach their full potential.

With regards to Athlete Management, we offer a full range of services from sponsorship to on field performance.  Our Event offering focuses on performance in sport and the workplace, and we have to ability to plan and deliver various different speaking engagements and workshops.

We are committed to our values of – Connection, Creativity, Care and Communication – in everything we do.

We aim to not only maximise our client’s performance within their sport, but also unlock their potential outside of it.

Click for more information about our athlete management offering.

We aim to not only maximise our client’s performance within their sport, but also unlock their potential outside of it.

Click for more information about our athlete management offering.

Sigmoid Sports plan and deliver a variety of different events, with particular focus on workshops and talks hosted by various different industry experts.

Sigmoid Sports plan and deliver a variety of different events, with particular focus on workshops and talks hosted by various different industry experts. 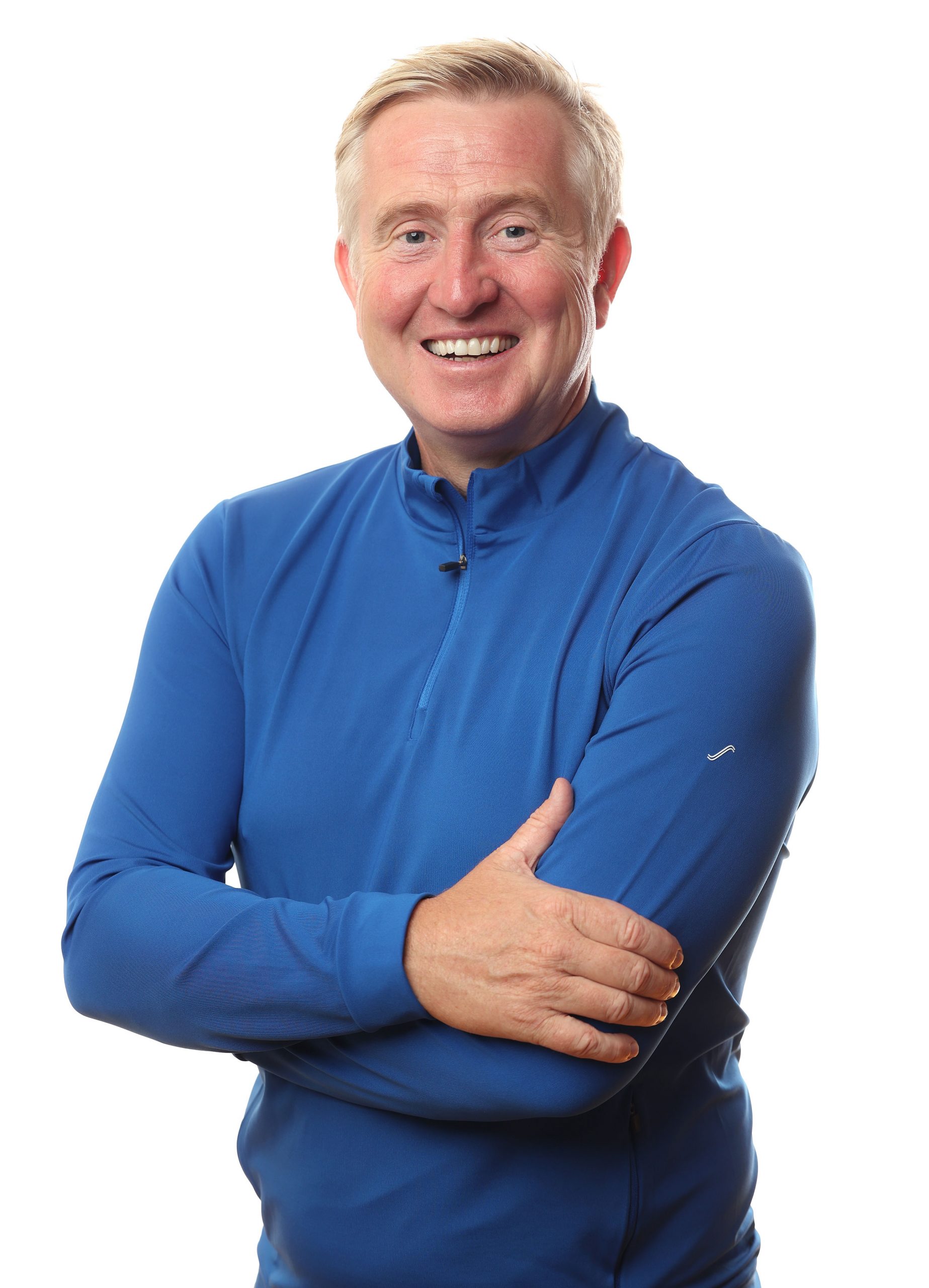 A proud PGA member of 28 years, David has had a significant influence on Ladies Golf in Ireland over the past 20 years. It all began for David at the world famous Royal County Down Links where he trained under Kevan Whitson and found his passion for coaching and performance. As well as being an active swing and golf coaching tutor at the Belfry, David has had the honour of representing The CPG and The R&A on various golf missions and speaking engagements in Panama, Brazil, India, Bulgaria, Hungary, Chile, Bahrain and Ukraine. Whilst in these countries, David advised on high performance programs and golf development.

Changing gear, David conducted various workshops for the British Olympic Team in advance of the 2016 Olympic Games in Rio, on coaching behaviors and best practice for athletes.

David, as performance lead for Irish Ladies Golf, introduced the multi-disciplinary approach of introducing fellow PGA Professionals to concentrate on specialist performance roles within the game such as short game, putting and long game analysis. As a result of this, David has gained distinct experience in all of these areas, making the overall athlete management space, a natural fit. By also introducing a specialist U-16/development coach, Ireland has achieved numerous noted successes on the ladies’ stage in the last 5 years – perhaps the teams most notable result was the first medal by a British Isles nation in the Espirito Santo Trophy in Mexico, 2016 when the team brought home the bronze medal.

David finished his duties as Performance Director for The Irish Ladies Team at the end of 2020 to concentrate on his work with Sigmoid Sports as well as his own coaching and speaking engagements. His final duty being team lead for the Ireland Ladies at The Tokyo Olympic Games in 2021. 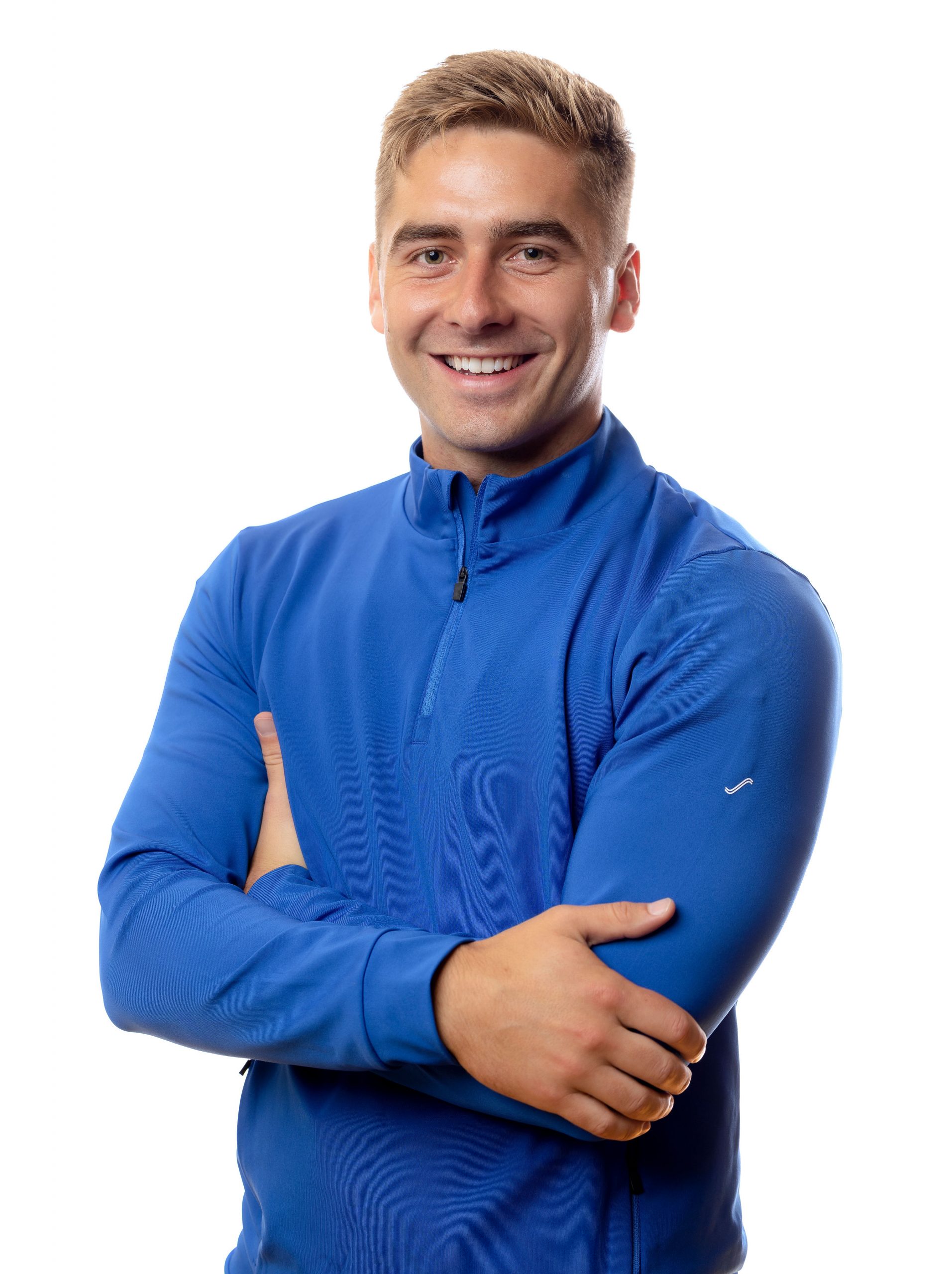 After graduating from University College Dublin with a B.Sc in Sports Management, where he specifically focused on Sports Marketing, Strategic Planning and Event Management, Rob moved to New York City to work for Five Iron Golf. Whilst working in Five Iron Golf, he gained invaluable experience by working in the fast paced sports and entertainment industry. Rob was involved in Five Iron Golf during a significant expansion phase where the company opened three new locations across the US, in Chicago, Baltimore and Philadelphia. During this time, Rob held a significant role within their marketing team which required building various different partnership and activation opportunities.

Expanding on his educational knowledge in 2021, Rob completed an online course in Sustainable Business Strategy from Harvard Business School Online – a very important area and a main priority for Sigmoid Sports as the company continues to grow.

Rob comes from a sporting background. Having played a variety of sports at youth level, he has received representative honours in hockey and has competed in high level amateur golf for a number of years.

Rob looks after the daily operations of Sigmoid Sports and takes care of the commerical and logistical side of our Athlete Management and Event offerings.

“Always Planning for an Upward Curve”

Speak with us today
We use cookies on our website to give you the most relevant experience by remembering your preferences and repeat visits. By clicking “Accept”, you consent to the use of ALL the cookies.
Cookie settingsACCEPT
Manage consent

This website uses cookies to improve your experience while you navigate through the website. Out of these, the cookies that are categorized as necessary are stored on your browser as they are essential for the working of basic functionalities of the website. We also use third-party cookies that help us analyze and understand how you use this website. These cookies will be stored in your browser only with your consent. You also have the option to opt-out of these cookies. But opting out of some of these cookies may affect your browsing experience.
Necessary Always Enabled

Any cookies that may not be particularly necessary for the website to function and is used specifically to collect user personal data via analytics, ads, other embedded contents are termed as non-necessary cookies. It is mandatory to procure user consent prior to running these cookies on your website.